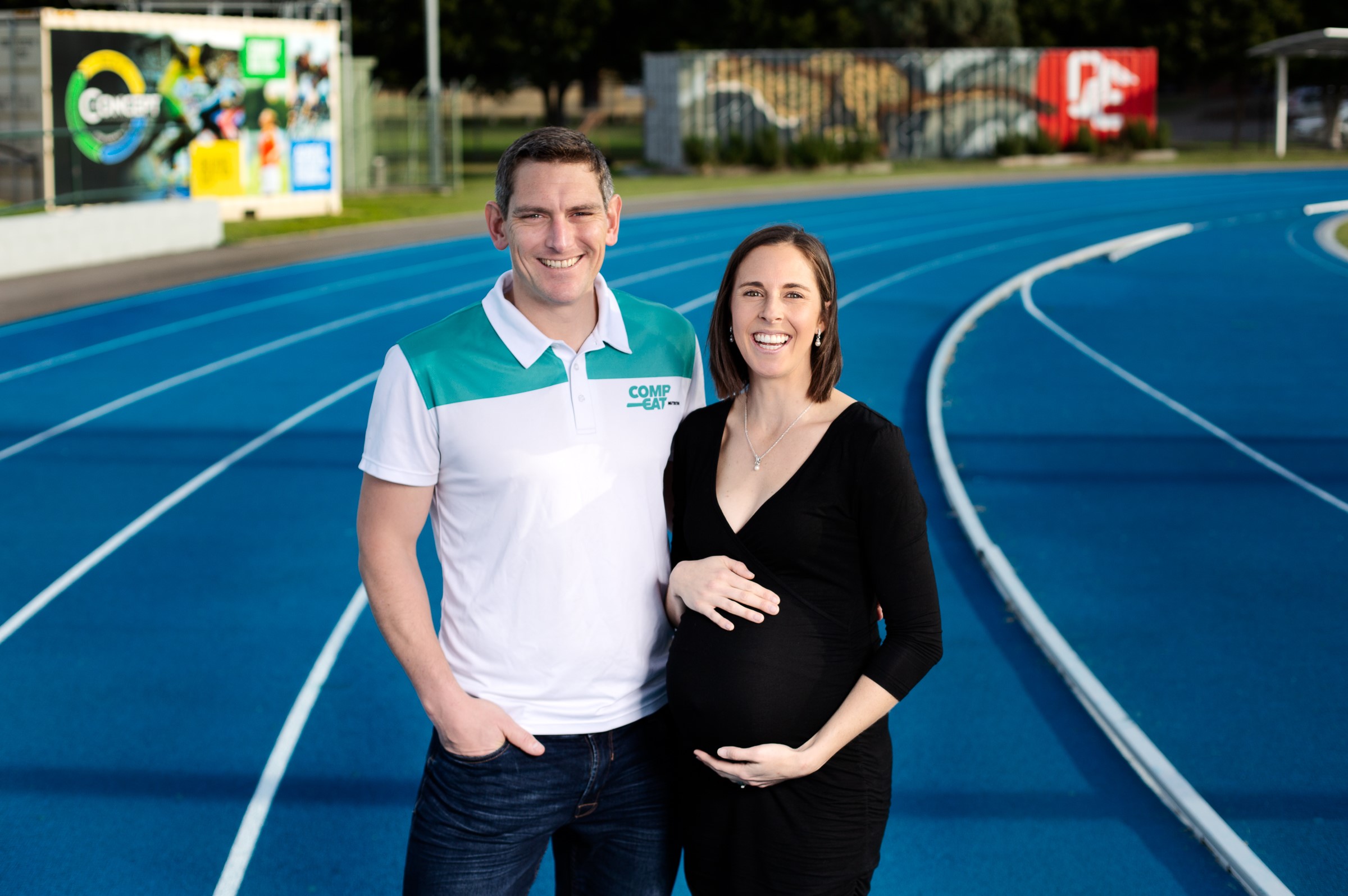 Daniel and Alicia Edge are cofounders of Compeat Nutrition, an online sports nutrition platform, aiming to take professionals out of the clinic and deliver the best performance nutrition advice anywhere, anytime.

New to the startup world but experts in their field, they’re finding they have everything it takes to empower active people everywhere, helping them improve their life as well as their sport performance.

“Nutrition is one of those skill sets that should be accessible wherever you are. We simply provide a better service by being in your pocket when the athlete needs us rather than it being more of a centralized appointment-based system,” Alicia says.

With technology, they’re creating a new discipline which uses nutrition support as a means to empowered psychology change. Athletes join Compeat’s online membership where they share preferences, activity and training programs and goals. Compeat’s expert team of performance dieticians get to know users’ eating habits and behaviours, make recommendations and support the individual when it’s suitable for them.

“It's really about getting insight into how they're currently living, what's valuable to them, and what they're struggling with,” Alicia says. “Once that's done, the dietician is ready to start that journey, really prioritising the goals of that athlete or active individual. We then coach them through that change. Through the platform they can access their menu, recipes, weekly shopping lists, interact with their dietitian and then additional to that, access videos and other resources, depending on what membership they've chosen.”

The diet and nutrition industry is huge, with lots of people in the game. The Edges know they have their work cut out for them, but they’re doing well so far.

In 2015, Alicia was working as an advanced sports dietician in Canberra with the Australian Institute of Sport (AIS). She was pregnant with their first baby. They were far away from family and decided to move, but this meant a significant shift in career progression.

“The concept of Compeat started in probably early 2016, just through me needing to be able to advance my career no matter where I was geographically. But (it also came from) seeing the funding model of sport in Australia becoming more de-centralised and seeing athletes being anywhere in the world at any time,” Alicia says.

Daniel’s a triathlete and hockey player. His professional background is engineering. Prior to Compeat, he held senior management roles in the utilities sector looking after infrastructure and asset management.

Daniel applies his  innovative, engineer-style thinking with Compeat. His mantra is don’t build a product and then find a way to use it, instead find a way to solve a problem and then automate it through technology.

“This is a lot of what I do in the corporate space,” Daniel says. “Unless you know what you want to solve, it's very hard to build a piece of technology that's going to work for you and your business.”

In just their first year, Alicia and Daniel had a turnover nearly 200k in revenue, and they currently have 300 active users, just from organic growth. The couple had connections which helped them generate word-of-mouth about Compeat. They began with a soft launch, working slowly and deliberately to build a product they knew people would want.

They were accepted into Slingshot’s I2N ICON Accelerator program in 2017 when Alicia was 37 weeks pregnant.

“We were right in the thick of it,” Daniel says. “I was still working full-time at that point. We didn't know what a startup was, and we were asked to put in a deck about three days before the initial selection pitch. We just thought we were solving a problem.”

From there they connected with the Integrated Innovation Network (I2N), which they agree has been a fantastic referral network. I2N encouraged Compeat to tell their story regularly, allowing the Edges to further their message.

“It's probably more of a personal interaction for me. That recognition within the business space is something I never even thought we would get,” Alicia says. “But being a female in Newcastle with a startup, the I2N has been so supportive and so willing to connect and integrate and do anything they can to help.”

“A lot of people downplay the value of networking connections,” Daniel says. “It's all about relationships; that's just the way Australians do business. Around the world, relationships and business transactions are a bit different, but definitely in Australia having strong relationships are important. Even when you're talking to investors, there has to be some sort of trust, and that takes time.”

Compeat started launching products last year which align with their evolving business. They haven’t been marketing themselves yet, as they wanted to prove that their way of doing business is a functional way of operating.

“We've been very successful, in the last 12 months, of proving that. And now the next stage is to build out our globally scaleable product,” Daniel says.

They’re still working out the logistics, but the future looks healthy and bright. You can learn more about their story by listening to the Welcome to Day one Podcast, linked here.