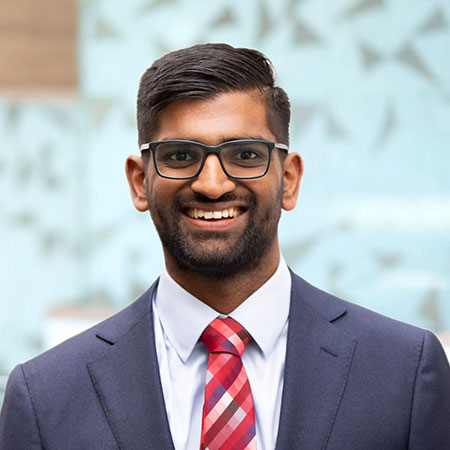 Dr Vivak (Bhavi) Ravindran, is a Junior Doctor with Hunter New England Health focused on the areas of public health and gastroenterology. He has completed rotations in Chennai, India and an internship with the World Health Organisation in Manila – after which he was offered a position as a consultant.

In 2016, while still a student himself, Bhavi was the convenor of the Global Health Conference, which brought over 850 medical students from across Australia and the Asia-Pacific to Newcastle to discuss Public Health and global governance issues. The event injected over $1 million into the Newcastle economy and was the first major event to be held in the Newcastle Exhibition and Convention Centre (NEX).

Bhavi is also a member of the Australian Medical Council and an executive member of the New South Wales Junior Medical Officer Forum. In 2019, he was named Newcastle’s Young Citizen of the Year.