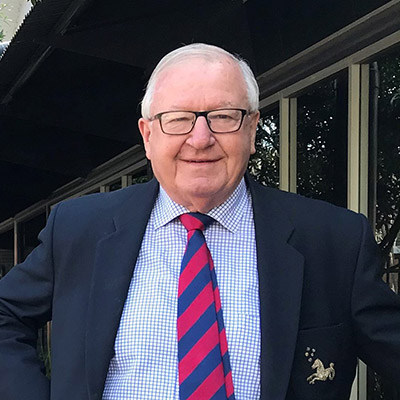 Bernie worked as a lecturer at The University of Newcastle from 1976 to 2001, teaching classics. During these years he was heavily involved in the culture of the University, and from 1989 to 1996 he established, and was the Foundation Warden for, Evatt House, a residential college for country students.

In 1983, he became the University Rugby Club President and held the position for five years. He was awarded Life Membership of the Club in 1987, with a University Colour in 1988 in recognition of his exceptional contribution. Bernie still wanders down to watch games at Number 1 Oval, affectionately referred to as the Bernie Curran Oval by the rugby club.