The UON is undertaking significant restoration works on the State heritage listed former NESCA House. University House, as it is now known, is a significant example of classic Art-Deco style and the restoration project will ensure future generations can enjoy the building. 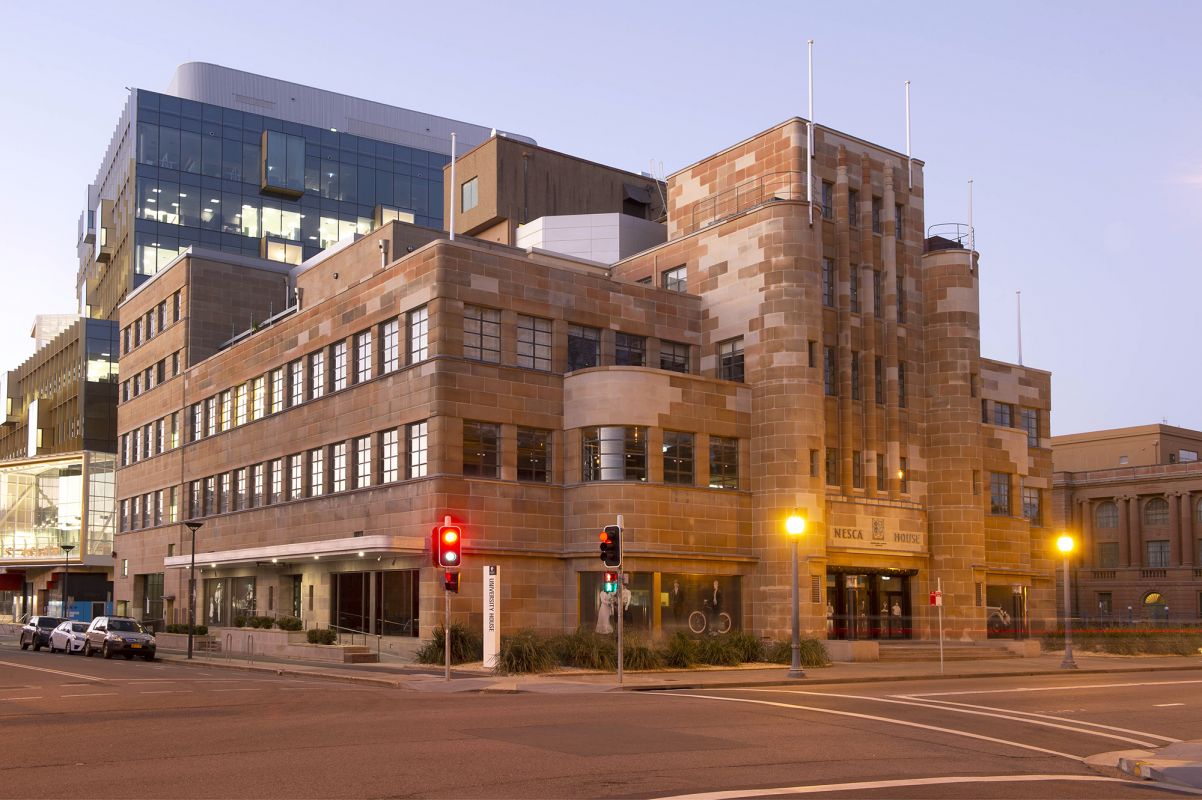 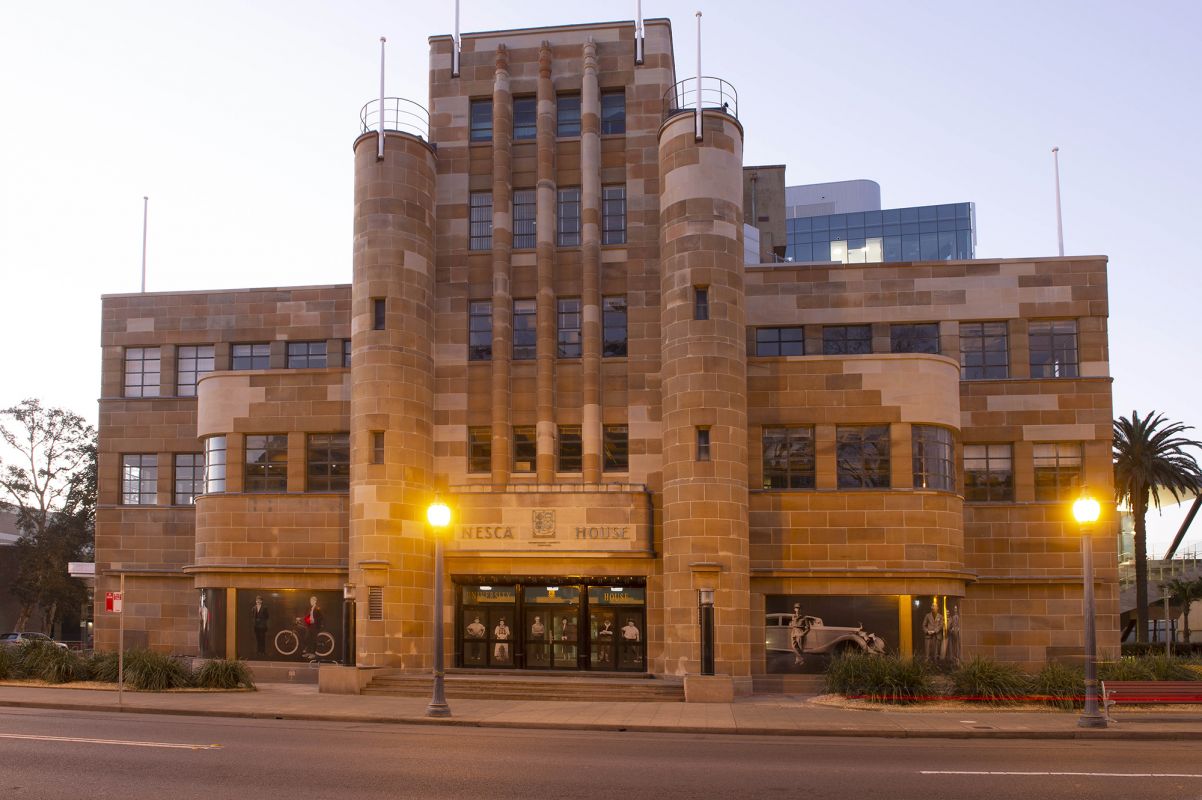 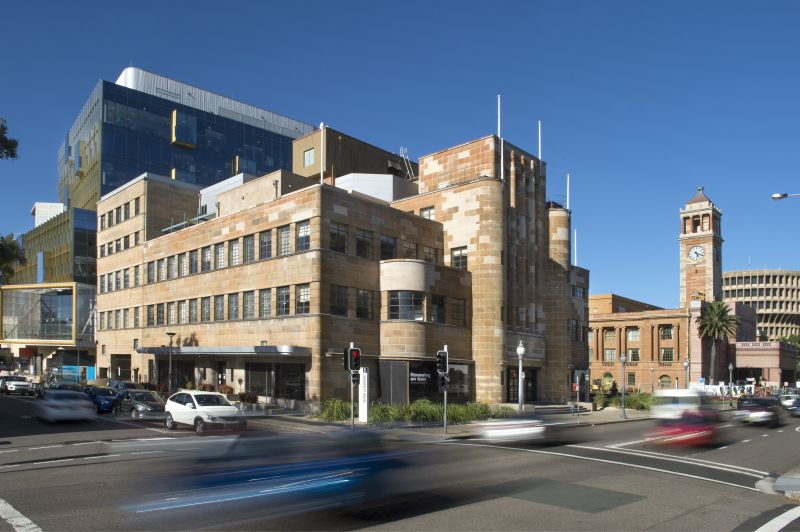 The historic building, that is one of a handful in the heart of the historic Civic Precinct, has been undergoing much needed façade restoration with the removed scaffolding revealing the extent of the restoration required. The restoration works have been in planning for over two years and the works were undertaken by a skilled stonemason. Hundreds of tonnes on sandstone and thousands of man hours have gone into fixing the façade of the building, now known as University House.

These works also removed many of the unoriginal structural features applied to the building by previous owners. The UON undertook the restoration project with a vision to return the façade and external form of the building to the architect’s, original intent. As part of this project the UON have reinstalled flag poles and the original NESCA HOUSE sign and will also be installing new flashing and curved glass windows to the King Street entrance. The finishing touches, including new external lighting will be installed later in the year.

These façade restoration works have been undertaken with the best materials, the best practice and using experienced skilled tradespeople to ensure that the building will stand for decades to come.

Why does the new sandstone look so different?

The original sandstone on NESCA House was sourced from Wondabyne Quarry and as such has different composition from sandstone sourced from other quarries. This sandstone was not naturally yellow in colour and was actually artificially coloured. It was this artificial colouring treatment that in part contributed to the increased rate of deterioration.

Much of the Yellowblock sandstone was quarried extensively in the centre and eastern suburbs of Sydney from the mid 1800’s to the 1930’s, and was used across a number of historic buildings including used to clad the Newcastle City Hall. Wondabyne Quarry is one of the oldest and most remote quarries in Australia. Check out the article for more info.

How was this colour artificially achieved?

To achieve this finish the stone was acid coloured and then years later coated with a silicon-based product.

Over time will the new stone colour to match?

Sandstone is a product of nature and is subject to much variation in colour and texture. The challenge for any heritage restoration is how to get suitable replacement block. As with any new stone taken from a quarry there is no way to determine how it will look in the future. The stone selected for replacement will continue to change colour and more closely align to the original artificially-coloured stone to enable to blending of the new with the old.

UON commissioned colouring tests to see if the new stone could be artificially-coloured without compromising the integrity of the stone surface. The testing showed that the colouring process unacceptably weakened the stone surface, thereby reducing the life span of the restored façade, and as such UON did not adopt this process. Who undertook the restoration works? The overall conservation works have been carried out with a core group of experienced professionals including Master Stonemasons – Sydney Heritage Stonemasons, Heritage Architect – Vivian Sioutas Architecture, NSW Government Architects’ Office, Structural Engineers – Shreeji and the UON.

Who undertook the restoration works?

What approach did they undertake in the restoration?

For this conservation project the UON adopted the International Council on Monuments and Sites (ICOMOS) ‘Burra Charter’ principle which states: “replace as little as possible but as much as necessary”. This was a considered approach by the Heritage Architect,Master Stonemasins, Structural Engineer and UON project team considering the condition of the stone, underlying structural fabric and damaging coatings previously applied to the stone.

Two methods were used during the conservation process. 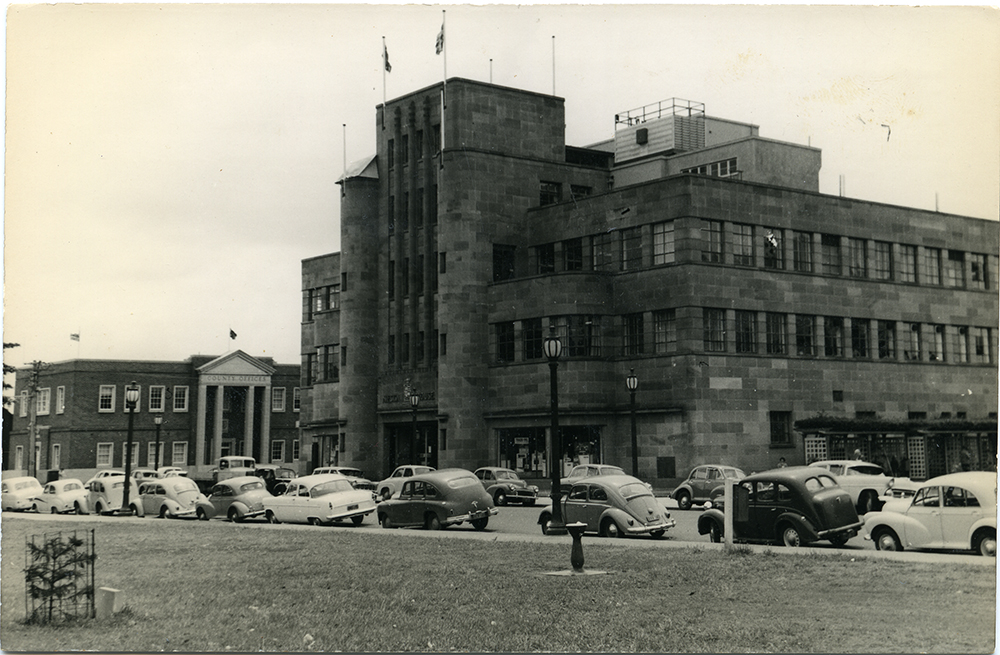 Over the past year the UON has invested significantly in the refurbishment of key buildings including Northumberland house and the purpose built student exhibition space for the Watt Space Gallery.