We catch up with Paul Egglestone, to learn more about his journey to joining the University of Newcastle as the new Head of School, Creative Industries.

NeW Space was definitely one of the huge attractions, it’s a real statement and commitment on the University’s behalf. For the creative industries to be in the centre of the business district, we will transform part of the city in ways I don’t think we can imagine yet. We’ll be able to engage with creative businesses in a very different way. The building itself is radical so we need to ensure what we’re doing in that space is cutting edge, intriguing and interesting – that we’re not just transplanting but rethinking and re-imagining. 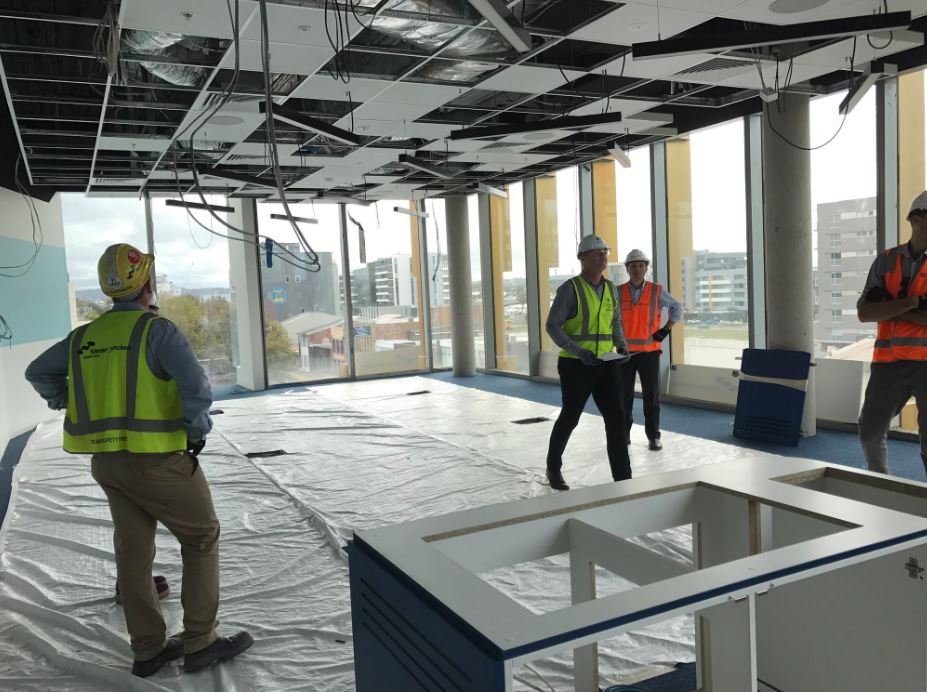 Technology affords all sorts of opportunities and creates potential that didn’t exist even a decade ago. Under the NeW Futures plan, we have the opportunity to start something from scratch and redefine what we mean by ‘creative industries’. Creating our school vision will be done as a school. I have some lead strategies, and some research interests but the first thing I’d like to do is to encourage the staff within our newly formed school to participate in creating what we think we could be. Based not on what we used to be, or what their disciplines represented, but what the futures of those disciplines could be and how we’ll play into new opportunities.

I don’t have the monopoly of ideas, other people will have equally good, probably even better ideas than I will. I could have come here with a delivery plan and said, ‘this is what we’re doing’, but experience tells me that’s never going to draw out the best ideas. And there are plenty of people in the new School with good ideas. What we need to do is bring together the soloists so we perform as an orchestra – or a band if we want to be a bit more rock ‘n’ roll about it.

There are plenty of people in the new School with good ideas. What we need to do is bring together the soloists so we perform as an orchestra – or a band if we want to be a bit more rock ‘n’ roll about it.

I got interested in film making and rock and roll. I went to University to study Fine Arts because I was interested in creative expression, but I did manage to fail most of my A levels the first time around because I was too busy being a musician! I played the guitar and my band was called Air Family. In the mid-80s we supported Midge Ure as he toured Scotland and the northwest of England. Midge used to lead the 80s pop band Ultravox. One day I met a gentleman who ran a prestigious television program in the UK and he said with my fine art skills I’d be a natural at framing shots. I became one of the first guys to operate new fandangle video equipment as the TV industry moved away from film.

I had this new set of skills that everybody seemed to need. On the back of that I set up my own production company to come up with original ideas and make programs for the BBC, ITV and latterly the international discovery channel and National Geographic. That’s where it started.

We mortgaged our house to invest in cutting-edge editing technology. It was a huge edit suite. These days you can do exactly the same thing on a laptop but at the time, well over 20 years ago, that piece of kit cost us £120,000.

I started to teach a documentary course at the University of Central Lancashire. This was a brilliant opportunity as I was able to persuade one of the networks we worked for, an independent television station, to commission students to make programs that were actually broadcast on TV. So as part of their coursework not only did they have to write and pitch to a proper executive producer, or commissioning editor in the TV channel, they were given a commission and a budget to make the program. The programs were broadcast on Thursday evenings and the students got a screen credit for it. It gave them a really good start in the job market.

The program was about the then Deputy Speaker of the House of Lords called Baroness Cox of Queensbury who had a charity that raised money to buy back slaves from the war zones of southern Sudan.

One of my proudest achievements was a film called The Dangerous Adventures of Baroness Cox. It took me over two years to get the BBC to commission the program. It was about the then Deputy Speaker of the House of Lords called Baroness Cox of Queensbury who had a charity that raised money to buy back slaves from the war zones of southern Sudan. We followed these slave redemption missions because we were both interested and sceptical about whether these people were really slaves and whether she was fuelling the slave trade by creating a market. We made that program over 12 weeks shooting in some pretty terrible conditions and that program aired in 1999 and got several millions of viewers. I do have a copy on the old VHS tape and that’s as much as I have left of that entire experience.

I won a grant and this created a passion for research. It was called ‘Bespoke’ and it was a community journalism project. We put low-fi technology into the hands of ordinary people and trained them to tell stories online and in print. It was about supporting communities and people to have their voice heard. It was a great project, we published on the back of it but the nice thing was we created designs and physical products in response to their stories.

When I came over from Lancaster to interview for the role last September, Newcastle really put on a show. The weather was perfect and I saw seals and dolphins on my first day here. I wandered down to Nobbys and I was pinching myself thinking, ‘gosh could I live here? You bet, it’s fantastic’. I remember meeting John Germov one of those days and saying, ‘how do people get any work done here?’ It’s just a beautiful place. 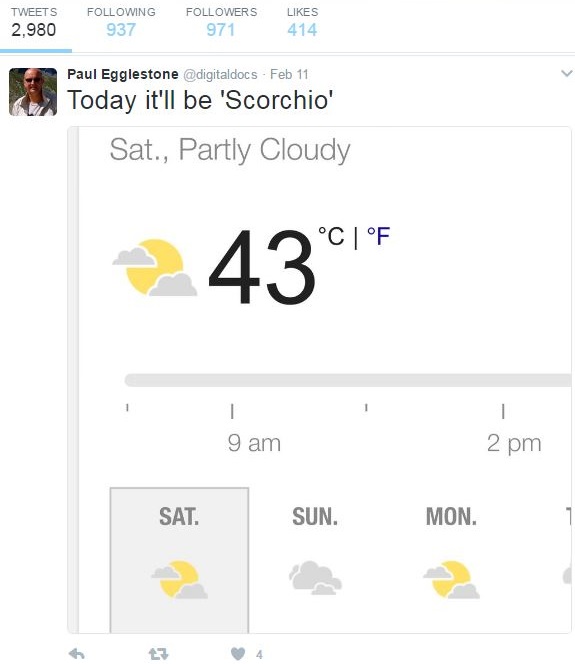 That ridiculous hot spell hit us when we arrived and I was starting to question whether I could function as a human being in that sort of temperature! It was disarming initially but the last few weeks have been pleasant and the people at the University have been welcoming, open and friendly. My wife Emma gave up her job to come over here and my 14-year-old daughter is now settling in. My 19-year-old daughter is a nurse and she wanted to stay because she’s happy doing that, but I miss her terribly. I also have a son at home who is married.

I’m a mad keen cyclist and have been for many years. Growing up in the Lake District, I had a boat and we windsurfed, and when we weren’t out cycling by the lakes, we were mountain biking. As I’ve gotten older I am less prone to taking my bike up a mountain but I do have road bikes that I like to go out on long runs with. My connection to the outdoors is extended in Newcastle – I can’t wait to get a barbecue and some furniture and be able to live outside.

The creative industries are entirely disruptive. We’ve got operations like Netflix challenging established television schedules, Spotify challenging the business models of the music industry, we’ve community journalism, e-bloggers challenging journalism's core provision and I think we’ll see more of the same, but I think it will be accelerated. The challenge for the creative industries is possibly the ‘industries’ bit – where’s the economic base for some of this stuff going to settle? We haven’t solved those issues yet.

I am very, very keen for us to be intellectual leaders, practical and creative leaders in all the areas that we represent. We’re not just going to turn around graduates that are employable now, we have to make sure they are fit for future employment.

It’s a virtuous circle with industry. I am very, very keen for us to be intellectual leaders, practical and creative leaders in all the areas that we represent. We’re not just going to turn around graduates that are employable now, we have to make sure they are fit for future employment. And that’s the same with our research. We’re not just going to look back and reflect on that high mountain from which we survey the future, I want us getting involved with industry, doing very, very practical things, making things with industry that will help them develop and grow their business, which in turn will help employ our graduates.

It’s all a journey isn’t it? Being here at this moment, if you ask me in two years, I’m pretty confident this will be a career highlight because I think opportunities like this come along once in a lifetime. It’s a real privilege for me to be here doing this.