The University community is saddened to acknowledge the passing of proud alumnus and pioneer of Indigenous rights, Dr William Jonas AM. Dr William Jonas, the first Aboriginal Australian to be awarded a PhD and the nation’s second Aboriginal & Torres Strait Islander Social Justice Commissioner, died in Sydney on 25 May after living with the diagnosis, treatment and damage of lung cancer since 2014.

Dr Jonas, a proud Worimi man, is widely regarded as a pioneer of Indigenous rights.

Born in Sydney in 1941, Bill spent his childhood in the village of Allworth in Worimi Country north of Newcastle. His life was deeply influenced by his grandparents’ generation. His paternal grandfather, Billy, was a Worimi showman and decorated war veteran who performed at the coronation of King George V. Bill remembered his grandmother as a beautiful English rose whose philosophy was to be happy without making others unhappy, and without storing up unhappiness for the future. His great uncle, Dick Jonas, who never left Worimi Country, taught the young Bill to appreciate interconnections of people and Country, which gave him the foundations of thinking like the geographer he would become. 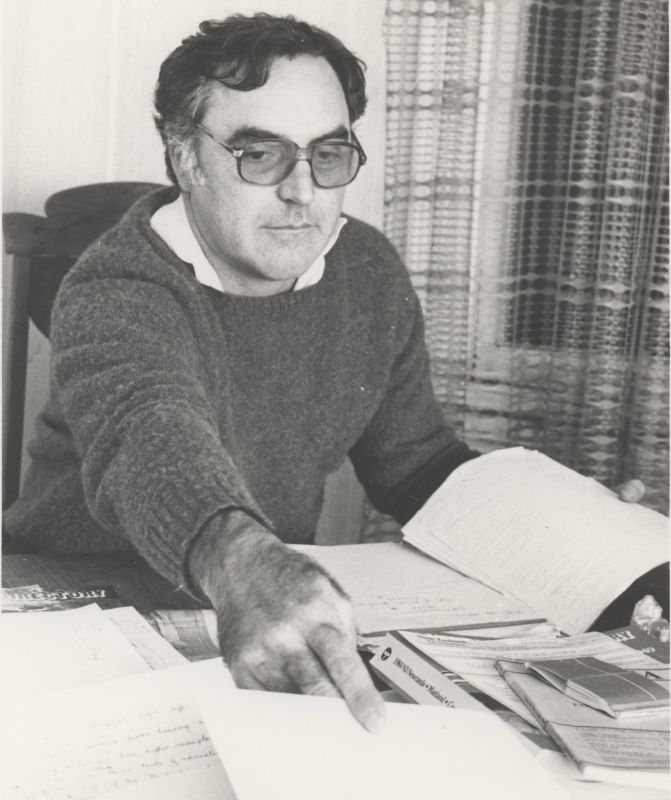 Bill contributed to ground-breaking studies of Aboriginal needs in NSW. He led important innovations in Aboriginal studies at Newcastle and supported the influential Newcastle Awabakal Aboriginal Cooperative before his appointment as a Royal Commissioner on the Inquiry into the British Nuclear Tests in Australia (1984-85) – the Maralinga Inquiry led by Diamond Jim McClelland.

Bill subsequently led work in Aboriginal heritage protection, for which he was honoured with an Order of Australia Medal for services to protection and preservation of Aboriginal heritage and culture (1993). He was Principal of the Australian Institute of Aboriginal and Torres Strait Islander Studies (1991-1996), Director of the National Museum of Australia (1996-1999) and Social Justice Commissioner and Acting Race Relations Commissioner (1999-2004). After his retirement due to ill health in 2004, Bill continued as a member of the University of Newcastle Council, Director of the NSW Aboriginal Health College and commentator on issues of human rights, social justice and Indigenous recognition.

Bill’s importance as a public intellectual was widely recognised by his peers and he was awarded an Honorary Doctorate from the University of Newcastle in 1998 and the Institute of Australian Geographers’ Professional Service Medal in 1999.

Bill leaves behind a rich and powerful legacy in writing and through his influence as a teacher, colleague and generous friend to many.

Messages of condolence can be sent to donor-relations@newcastle.edu.au and will be passed to Dr Bill Jonas’ friends and family.