24-year-old Bhavi Ravindran (B Medicine 2018, B Medical Science (Honours) 2017) was recognised for his outstanding contribution to the medical profession at such a young age. Dr Bhavi holds numerous positions on medical boards including the Australian Medical Council and Medical Students Accreditation Committee, which is responsible for the accreditation of the 24 medical schools across Australia and New Zealand.

He has worked with the United Nations and World Health Organisation on a number of leading international population health projects, and in 2016 convened a Global Health Conference in Newcastle.

The conference drew more than 850 medical students from across the world to discuss public health and global governance issues.

As an active member of the University community, Dr Bhavi served as the elected student representative on the University Council for three terms in 2014, 2015 and 2018.

Vice-Chancellor, Professor Alex Zelinsky, AO, said Dr Bhavi was an exceptional University of Newcastle graduate who was forging a strong future within the medical profession.

“It is wonderful to see Dr Bhavi’s passion and dedication to his field recognised in this way. The University community congratulates him on this fitting recognition.”

"His dedication to his profession sets a very high benchmark for any young and aspiring doctor or medical professional to work towards and I look forward to following his achievements throughout the rest of his career," Cr Nelmes said.

Catherine Richards (B Eng (Civil) 2013, B Eng (Environmental) 2013) is an engineering trailblazer in a historically male-dominated industry. She is creating her mark in the world by working towards bridging the gap between science, business and policy making to ensure a sustainable future for humanity. 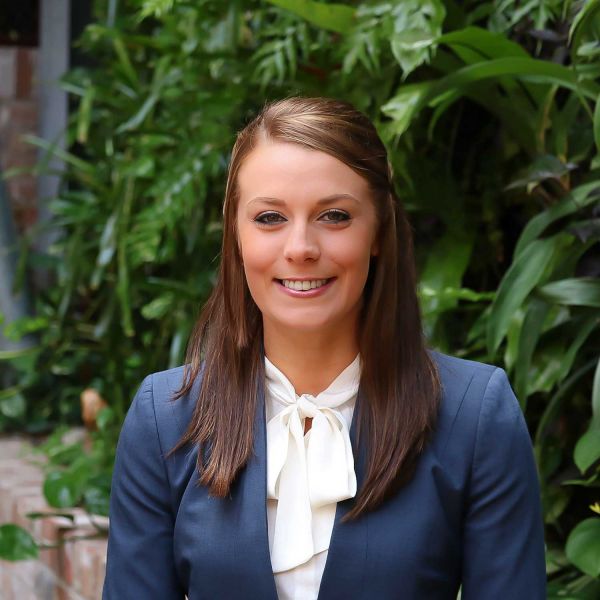 In recognition of her academic excellence, leadership potential and aspirations to make the world a better place, Catherine was one of only 15 awarded the John Monash Scholarship in 2016. She is currently undertaking a PhD in engineering at the University of Cambridge, focusing on resource sustainability of energy, water and land resources. Catherine has recently been named on Forbes’ prestigious 30 Under 30 Europe list for 2019.

Neima Candy (M Public Health, 2013) is a public health professional, whose work has impacted her community, country and the world. Neima was a leading force in the Red Cross’s response to the Ebola outbreak in Liberia, challenging gender roles and norms and inspiring future generations of Liberian women. Neima was at the frontline of fighting Ebola, and her leadership and commitment directly contributed to Liberia being declared Ebola free in 2015. Neima has also contributed to Liberia’s Ministry of Health mandate in restoring Health Services through the implementation of the World Health Organisation’s Essential Package of Health Services.

Engineer and leader in the field of geotechnical rock mechanics, Associate Professor Anna Giacomini, has been honoured with a 2019 John Booker Medal for her exemplary contributions to science and engineering.

Awarded by the Australian Academy of Science, the John Booker Medal recognises outstanding research in engineering mechanics and related fields within engineering and applied mathematics disciplines.

Working closely with the University’s Priority Research Centre for Geotechnical Science and Engineering and Newcastle Institute of Energy and Resources, Associate Professor Giacomini has made world-leading progress in the development of advanced methodologies to map rock fall hazard, and investigations into the efficiency of protection technologies to reduce the associated rock fall risk.

“Our team’s extensive research highlighted the significance of rock fall in New South Wales and the importance of the design of new generation low energy barriers, which I am happy to say are now used extensively for the protection of our major landscape corridors,” Associate Professor Giacomini said.

“I am absolutely delighted to receive this award, not only for myself but also for the team of amazing young researchers who have been working with me over the years. Professor John Booker was an expert in geo-mechanics so I am particularly honoured to receive an award bearing his name.”

Aside from her research, Associate Professor Giacomini is making her mark as a proud supporter of women in STEMM, having co-founded HunterWiSE, a Hunter-based school initiative designed to engage young women in the STEMM fields early in their education.

“One of the big challenges is to show women all around the world that STEMM careers are not just for men and that a more diverse team can deliver better solutions because they have different perspectives to contribute to solutions to problems,” Associate Professor Giacomini said.

“I have the opportunity every day to meet exceptional women who work in the STEMM fields, not only in academia but also in the industry. I think it’s important to pass the message on to the young generation of females that they can do it too.”

Associate Professor Giacomini is one of two recipients of the 2019 John Booker Medal, an achievement awarded to the University of Newcastle’s Professor Shanyong Wang in 2018.

Gary Quinlan is Australia's Ambassador to Indonesia, a senior career officer with the Department of Foreign Affairs and Trade (DFAT) and was most recently Deputy Secretary, and Australia’s Senior Official to ASEAN and to the East Asia Summit. He was Australia’s chief negotiator with Timor-Leste on maritime boundaries. He has served as Principal Adviser to the Prime Minister on Foreign Affairs, Defence and National Security, and has held senior positions in DFAT responsible for North Asia, the Americas and Europe. He has previously served overseas as Ambassador and Permanent Representative to the United Nations, New York; Australia’s Representative on, and President of, the United Nations Security Council;  Deputy Head of Mission, Australian Embassy, Washington; and High Commissioner to Singapore. 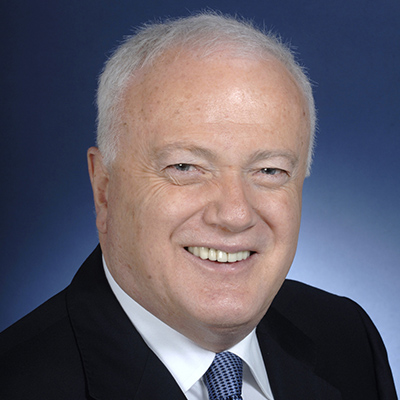 As a skilled and proven diplomat, Gary was selected and appointed as the Australian Representative on the United Nations Security Council for the 2013 - 2014 term, representing Australia on matters of international peace and security. In 2016, Gary was part of the Queen’s Birthday Honours, being awarded the Office of the Order of Australia. In 2007, his exemplary achievements were recognised by The University of Newcastle with an Honorary Degree Doctor of Letters.

Do you know someone deserving of recognition? Nominate them now for the 2019 Alumni Awards.

In his home country of Singapore, Dr William Tan is a local celebrity, representing courage, compassion and, above all, the refusal to succumb to life’s obstacles. As a wheelchair athlete, he has conquered both the sports track and some of the toughest marathon terrains on earth, including the Antarctic and North Pole. And as a doctor, and cancer survivor, he’s used these global marathons to raise money and help those in need of urgent medical treatment across the globe.

William’s career as a medical doctor began at the University of Newcastle, Australia, graduating in 2004. He returned for the first time to accept the 2015 Alumni of the Year Award for Exceptional Community Service. We caught up with William during his visit, and again at the National Cancer Centre, Singapore. The result is the incredible tale of a young boy who decided never to give in, and the man who never has.

What have you been up to since graduating? Are you, or maybe another UON graduate you know, doing something interesting or innovative? We’d love to hear about it! Drop us a line and share your story at alumni@newcastle.edu