Environmentalist Tim Silverwood looks back fondly on his time at the University of Newcastle’s Ourimbah campus.

The co-founder of Take 3 For The Sea started his degree in 1999 and graduated in 2005, blending his Bachelor of Science with a “bachelor of life”.

He travelled through Europe, South-East Asia, North America and Hawaii while continuing his studies, interchanging textbooks for worldly experiences.

“It was my university experience that helped develop me into a world-rounded person,” he said.

“But travelling opened up my eyes to the challenges the world is facing.”

Mr Silverwood majored in Sustainable Resource Management, with the Ourimbah landscape the ideal backdrop for his studies.

This month the unique Ourimbah campus celebrates its 30th birthday.

“Campus life was intimate – nestled in the bush,” he said.

“When we completed field work we’d just walk just off campus – we could do mammal surveys and vegetation surveys right there on foot.”

After graduating, Mr Silverwood landed a job as the Operations Manager for Conservation Volunteers Australia in Newcastle, rehabilitating ecosystems that were degraded or developed.

However, the self-described “mad surfer” soon turned his attention to the world’s biggest ecosystem.

“The ocean was always calling me,” he said.

Along with Roberta Dixon-Valk and Amanda Marechal, Mr Silverwood founded Take 3 For The Sea in 2009, an initiative that aims to reduce the amount of rubbish choking our waterways and oceans.

The Take 3 For The Sea message is simple, yet powerful – take three pieces of rubbish with you when you leave any beach, waterway or anywhere else.

The trio started targeting “water users”, such as surfers, to influence and educate the wider community about the harmful nature of rubbish.

The initiative expanded to education programs in schools and a strong social media presence, gaining traction across the world.

Along the way, Mr Silverwood has given a TEDx talk, spoken in Washington DC, appeared on the ABC’s War on Waste TV show and started a partnership with the World Surf League.

To date, the Instagram hashtag #Take3fortheSea is now recognised in 129 countries, with more than 107,000 uses.

Mr Silverwood estimates more than 10 million pieces of rubbish have been removed from the ocean and waterways, thanks to Take 3 For The Sea.

In October, Take 3 For The Sea will celebrate its 10th anniversary, and hasn’t stopped growing.

With nine staff on the books and 30 volunteers, Take 3 For The Sea opened up its first office space this year in the very location where Mr Silverwood’s environmental mission started – on the Central Coast. 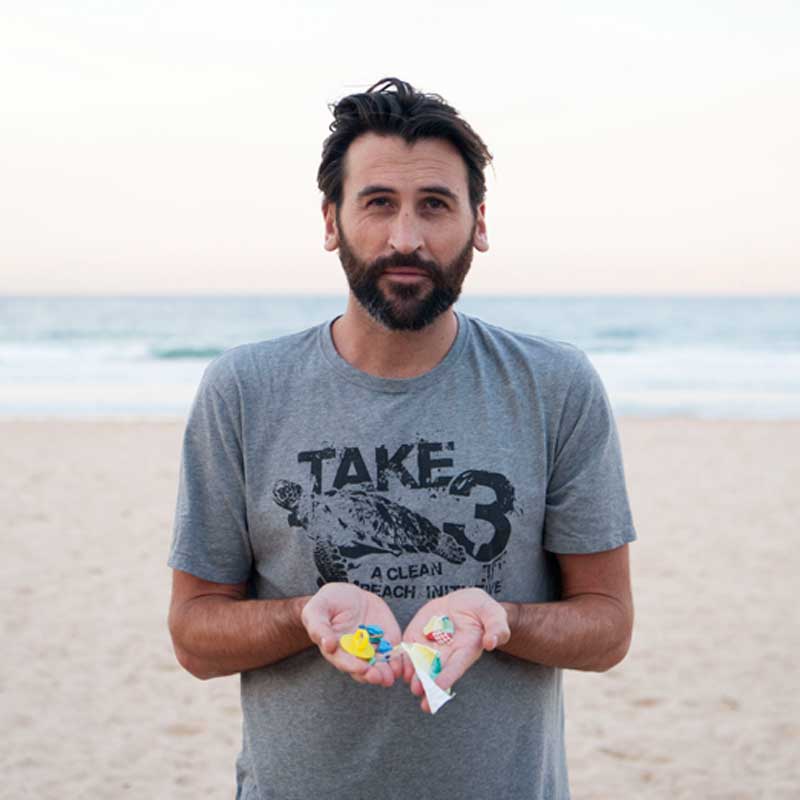 Take 3 For The Sea opened up its first office space this year in the very location where Mr Silverwood’s environmental mission started – on the Central Coast.