Strong support from a strong community 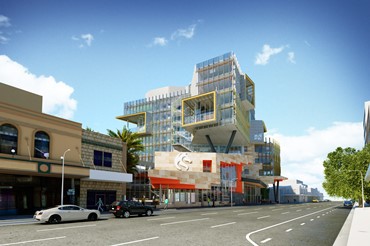 As early as 2006, the then Vice-Chancellor Professor Nick Saunders and University Council, identified the importance of a city presence for the University, and commenced a determined campaign to realise this ambition.

The NSW Government pledged its financial support of $25 million for a city location on 17 March 2011.

One of the first tasks for the new Vice-Chancellor, Professor Caroline McMillen, in late 2011 was to capture the early vision through the Education Investment Fund Regional Priorities Round bid in the context of the University's future aspirations.

Her efforts were rewarded in April 2013, when the Australian Government committed $30 million through the Education Investment Fund Regional Priorities Round.

Supporting the aspirations outlined in our NeW Directions Strategic Plan 2013 – 2015 in particular the Education Plan, the University has invested $40 million into the development of the NeW Space Precinct.

In addition to generous support from the Australian Government and the NSW Government, the University thanks the following important stakeholders for their support in bringing the NeW Space project to fruition: